Wealth Taxes for the Ultra-Rich – The discussion and outlook

Recent news reports indicating the many of the US’s richest individuals pay little or no income tax have generated discussions about the inequities of the US tax system. As the gap between the ultra-rich and mainstream society widens, there is political pressure to narrow the economic gap and to generate federal revenue to avoid growing deficits.

The webinar will examine the current debate on whether a wealth tax or some sort of equivalent should be enacted in the US. The webinar will start with a historical perspective. Experiences with a wealth tax in other jurisdictions will be looked at and discussed. The pros and cons of enacting a wealth tax will be discussed, as well as an examination of the constitutional and legal challenges inherent is such an effort.

This webinar by expert speaker Kenneth Barden will also look at options, such as a Global Minimum Corporate Tax Rate as proposed by the OECD and G7.

The purpose of this presentation will be to present various viewpoints and approaches being discussed to consider a wealth tax in the United States. There is growing support in Congress and among the public to consider options to the existing tax structure in order to ensure that the ultra-wealth pay their fair share in taxes.

The presentation will look at recent events which have led to this discussion. It will consider the various forms of tax that a wealth tax could take in the US. Also, to be discussed will be the legal and constitutional challenges that are inherent in enacting such a tax at the federal level.

Experience with wealth tax in other jurisdictions will also be explored. The relative pros and cons of adopting such a tax will be presented, along with an analysis of some of the economic consequences likely to happen if such a wealth tax is imposed. 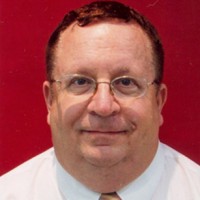 Kenneth Barden is an experienced attorney with over 23 years of Compliance experience in the international development and financial industry. Ken has developed regulations and processes for several countries in the development of their AML/CFT regimes. Specifically, he helped set up the financial intelligence units within Indonesia, Azerbaijan, Palau, and Palestine.  He previously served as Senior Anticorruption and Governance Advisor with the US Agency for International Development and served as that agency’s representative on a number of inter-agency committees with Treasury, State, and Commerce and represented the US at several UN Convention against Corruption (UNCAC)...
Read More