Violence at Work: From Disgruntled Employees and Domestic Violence to Mass Murder

Considering the news and staggering events of mass shootings of the last several months, workplace violence might be foremost in our minds.  Most of us think of workplace violence occurring only in the workplace setting, but the threatening conduct is broader and may encompass behavior occurring outside the actual workplace. Even domestic violence creates challenges for all employers.

Employers have been found to violate federal discrimination laws when they take adverse action against domestic violence victims. An example is if an employer disciplines a domestic violence victim for being absent but does not discipline other employees who are absent. According to the U. S. Bureau of Labor Statistics, 5% of U. S. businesses experience workplace violence yearly.  The percentage of workplace violence increases to 50% for organizations with 1,000 employees. The FBI stated that in 2014 an active shooting incident occurred, on average, once every three weeks. However, given the size of the U. S., the chances of being a victim of a workplace shooting is statistically low.  These statistics capture the most severe types of workplace violence but certainly not the most prevalent forms. OSHA reports that roughly two million workers report incidents of violence each year such as harassment, threats, aggressive and belligerent behavior to name a few, which does not include the majority of cases that go unreported. But how is workplace violence defined, and who are the primary perpetrators? This training will explore the many aspects of workplace violence.

Senior and middle management, supervisors, and those on their organization’s violence in the workplace task force 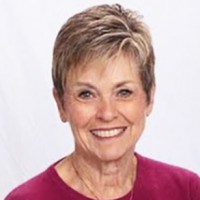 Dr. Susan Strauss is a national and international speaker, trainer and consultant. She has worked as a psychiatric nurse and her undergraduate degree is in psychology and human services. Her specialty areas include discrimination, harassment, and bullying; management/leadership development, and organization development. She conducts harassment and bullying investigations and works as an expert witness for discrimination lawsuits. Susan also trains and consults with business, education, healthcare, law, and government organizations from both the public and private sector. Dr. Strauss has authored over 30 book chapters, books, and articles in professional journals. She has been featured on...
Read More